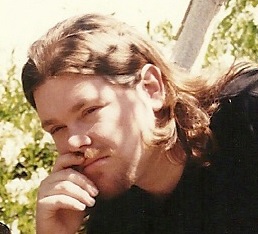 After joining the UCLA Comedy Club in 1991, Chris spent the better part of the next decade writing and performing his own act (as well as writing material for numerous other performers) at the most respected stand up clubs in Los Angeles. These included hundreds of dates at the world famous Comedy Store, The Laugh Factory and The Improv, as well as dozens of other clubs and colleges across the country.

During that time, Chris also wrote over a hundred live sketches that were performed on the stages of Hollywood’s most prestigious sketch comedy venues. These included The Acme Comedy Theater, The Second City Theater, The Groundlings Theater.

From 1999 – 2007, Chris continued to produce live comedy shows, but took a performance break to work in the private sector, before returning to writing in 2007 with the for-hire screenplay “Closers Only”. (One producer compared it favorably to “The Sting”, while another favorably noted the use of structure elements from “Casablanca”. (Unproduced as of 2020)

Starting in 2008, Chris wrote or co-wrote over 150 sketches (and a number of short films) that were performed live at the most renowned comedy venues in Hollywood, including The Second City Theater, The Upright Citizens Brigade Theater, The ACME Comedy Theater, The Improv Olympics (IO West) Theater, and The Nerdist Theater.

Chris also has two other novels in production, “Monks of Alexandria”, the first in a series of action adventure novels, and “Titan”, a stand-alone science fiction novel. These books are expected to be released in 2021 and 2022 respectively.

2017 – Present, Chris occasionally accepts free-lance comedy writing work. For example, he recently wrote a full-length monologue for a noted actress that she performed at the Friars Club in New York City.

Along with penning the occasional Lakers basketball article on Silverscreenandroll.com, Chris also blogs from time to time at his own site, plainfiction.com.