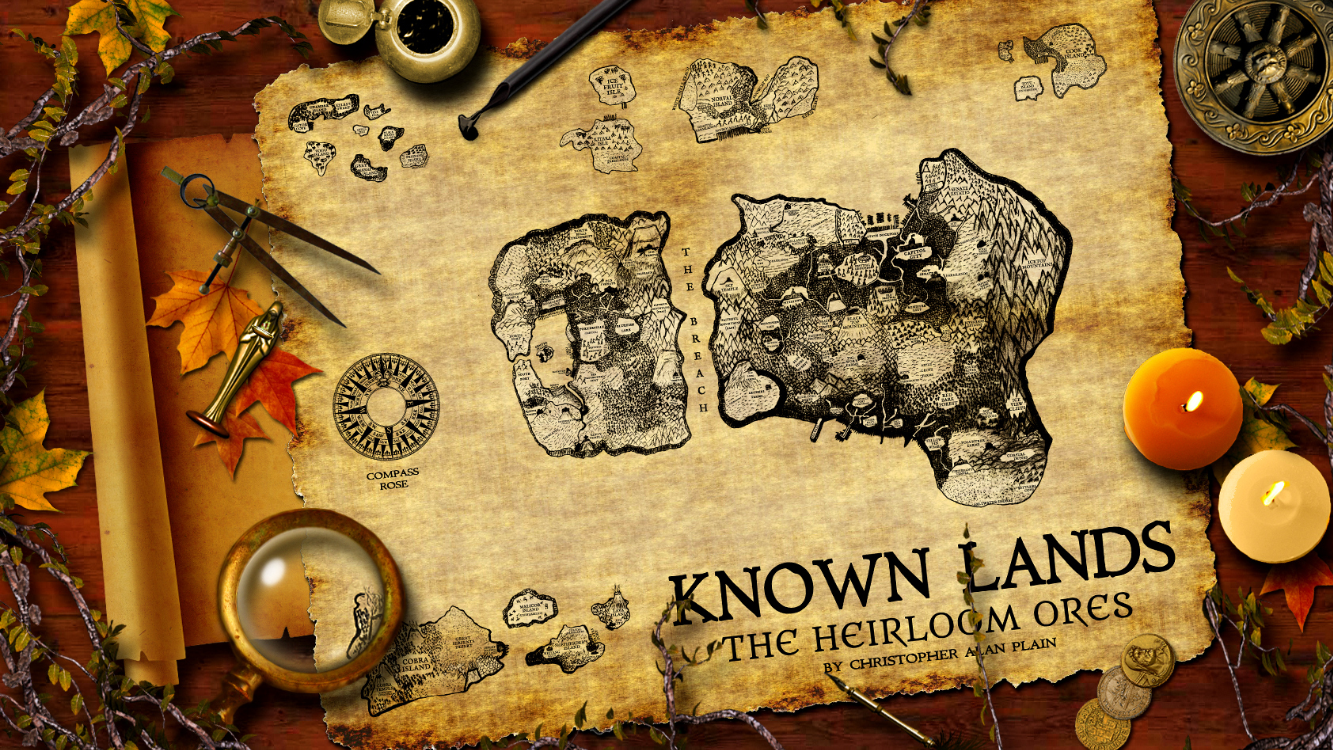 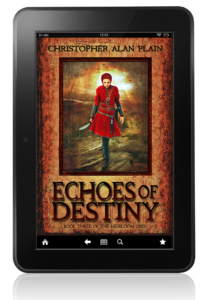 Echoes of Destiny: Book Three of the Heirloom Ores

Two years have passed since the battle in the North Sea, and a growing fear of Ore wearing faithful is spreading across both the Mainland and the West.

In an attempt to rebuild her life after the destruction of the two living Ores, Allyra now lives at the base of the Old Song Temple, the actual temple where her mother worshiped as a youth, within a community called Archers Farms near the southernmost tip of the Mainland. Along with her companion Ferran, and combined with the help of other women escaping the anti-religious movement in the north, she begins slowing rebuilding the temple, and her own faith.

On the Mainland, the effects of the tragic events two years earlier have also taken their toll, and an upstart politician looks to capitalize on those fears to unite the entire military and civilian authority under his direct control. Working with his new friend Hiko, Major Silas Wellison does everything he can to stop the devious Senator Skales, and prevent yet another horrifying tragedy.

In an attempt to uncover the identity of the mysterious priestess at the head of the expanding anti-religious movement working their way toward Allyra’s sanctuary, Captain Mathias and the enormous tiger handler Sunan travel to the Chamber Islands, a remote, backward land of superstition and dark magic known as Boju. What Sunan finds in his former home confirms their worst fears, forcing them to race home to try and save their friends from the powerful sorceress.

After rescuing Ben from a Cobra Island prison, where he has learned the secret location of another ‘living’ Ore, Allyra is once again pursued by the relentless assassin known as the Shepherd as they both search for the powerful amulet, a search that leads them into the fuming trench between lands known as ‘Breach’.

Aided by her new friends, and some unexpected allies, including an engineering genius named Fix, a huge giant of a man known only as the Oarsman, and the close friends who have become her new family, Allyra will once again find herself face to face with the deadly Cobra Island killer…and her own destiny.